License suspended for unpaid fines? You might be able to get it back. 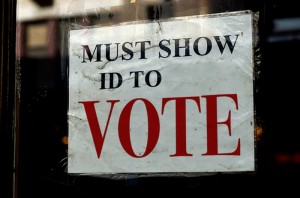 Although Wisconsin’s Voter ID law has been put on hold for the time being, the case has been appealed and is still in the courts, which means Wisconsin residents without photo ID could still lose their right to vote. Fortunately, the Governor’s Task Force on Minority Unemployment is working to reduce the number of people whose driver’s licenses are suspended. The initiative is primarily aimed at helping unemployed people obtain a means of transportation, but has the added benefit of getting people the ID they’ll need to vote.

On Saturday, August 25th, the city will be hosting the first Driver’s License Recovery Session that will assist adult jobseekers that have a suspended driver’s license due to failure to pay fines in the City of Milwaukee. The Milwaukee Municipal Court, Department of Transportation, Goodwill Industries and other partners are teaming up to arrange payment plans to lift suspensions for those with non-moving violations only.

Think you might qualify? Get the details after the jump!

If you qualify for this program, please email your full name, phone number, and email address to Jamie D Elder.

This event will only last four hours (10am – 2pm) so it is estimated that the judges can only hear no more than 500 cases during that time. The city is also planning for an October event for jobseekers with moving violations and expect to host many more.

Please note this is only for suspensions in the city of Milwaukee. If a jobseeker also has a suspension in another court (ex:  Milwaukee County, Glendale, West Allis, etc.) then they will still have to work out an arrangement with those courts before their driver’s license will be fully restored.