Join us on Halloween for Trick or Vote

UT-Austin Longhorns: We are bringing this comedy show to your campus this Tuesday, October 9

Attendees must register to vote or pledge to take an action to gain free entry in the show. Show starts at 8:00 PM. Doors open at 6:30 PM. Due to seat availability, ticket does not guarantee admission. First come, first served.

Last Day to Register to Vote is OCTOBER 9th 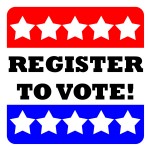 The last day to register to vote is OCTOBER 9th.  We’ll be all over Houston.  Visit us at one of the locations below to get registered to vote. (Please check site regularly for changes and updates to dates, times, and locations)
October 8th, 7-10 am – HCC Northwest (Alief) 2811 Hayes Road
October 9th, 7-10am – The Breakfast Klub, 3711 Travis Street

The Texas League of Young Voters Education Fund kicked off its “Vote for Your Dayum Self” Comedy Tour featuring  national comedian Ali Siddiq, who has been featured on HBO’s Def Comedy Jam and BET’s Comic View.  The first stop of the tour took place on September 11th at Prairie View A&M University.  At the show, over 500 students were registered to vote!

The purpose of the Comedy Tour is to encourage young people about the important of voting and getting involved in their communities. The Comedy Tour is free, but attendees must register to vote or pledge to take an action with the League to gain admission. The tour will visit five  cities across Texas.  The next show will be in Houston, TX on September 25 at the Houston Improv.

BREAKING: We won on Voter ID in Texas!!

A federal court ruled today that 1.4 million Texans will not need to obtain photo ID in order to vote in the November 6th election this year.

The verdict in Texas v. Holder, the history-making trial to determine the fate of Texas’ Voter ID law, comes after weeks of deliberation that brought the Texas League of Young Voters to Washington, D.C. as defendant-intervenors in the case.

The Texas League argued that the Voter ID law (SB 14), passed in, would have created a significant burden on young and minority voters by not allowing them to use their voter registration card or student IDs to vote as they have been able to in the past. In addition, the law would not allow a valid ID from another state, work IDs used by a state employee, or any expired state-issued personal identification cards or driver’s licenses.

The Texas League of Young Voters made a video during the trial, which garnered thousands of views on YouTube and was shared widely on social networks.

Supporters of the law aimed to use Voter ID to combat voter fraud. Since the law would affect 1.4 million eligible voters in the election, the Texas League and the NAACP-LDF argued that the law did not correctly address voter fraud allegations without disenfranchising a large portion of the Texas electorate.

“This is a validation of the power that people have when they organize,” Christina Sanders, State Director for the Texas League, said. “But the fight is not over. Thousands of young voters who were placed in jeopardy by Voter ID have a major role to play in this upcoming November election, and we are going to organize them every step of the way.”

Now, with the protracted battle over Voter ID behind them, the Texas League will continue mobilizing its network of young organizers on the campuses of historically black colleges and universities to turn out thousands of young voters in the November 6th presidential election.

“Even with the defeat of SB 14, we still have many young voters confused about what the rules are for them to cast their ballots,” Blake Green, Texas League Deputy Director said. “Notwithstanding that, we are committed to continuing to register, educate, engage, and protect the voting rights for young people. Our struggle continues and we will continue to fight.”

Are you a leader? Do you want to make change in your community? Then, you are invited to apply to be apart of the upcoming Fall class of the Texas League Fellows Program! We’re looking for Texas’ next community leaders and organizers!

The Texas League Fellows is a leadership development program tailored to empower civic-minded young leaders to become community based advocates and organizers. Over the course of the program, Fellows engage in a series of training sessions focused on self-development, leadership, strategy, field and online organizing, data management, and running successful campaigns. Click HERE to view pictures from one of our recent Texas League Fellows class!

READY TO APPLY? Click here to submit an application.

DEADLINE: Friday, September 7,. Late or incomplete applications will not be considered.