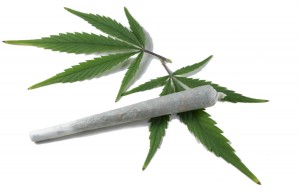 Election Day is quickly approaching and while there are many big issues up for a vote in these important mid-term elections, one of the most talked about is marijuana. Washington state and Colorado are the only two states in the U.S. to fully legalize marijuana but other states have either approved it for medical purposes, decriminalized it, or both. Supporters of the legalization of marijuana hope America will one day become like Uruguay, the first country in the world to fully legalize it back in, but until then… it is still a state-by-state issue. Which parts of America have marijuana on the ballot this year?  Click below to find out!

Alaska: The Last Frontier State has a measure on full legalization on this year’s ballot. The measure, called Issue 2, would let anyone 21 & over to possess up to an ounce of weed and keep six plants. The measure would tax weed sales at $50 per ounce and production and sales would be legalized and regulated by a board.

Florida: While people in the Sunshine State may not have full legalization as an option, this year the state will vote on medical marijuana usage. Florida’s Issue 2 would legalize marijuana to treat “debilitating medical condition” (Cancer, multiple sclerosis, glaucoma, hepatitis C, HIV/Aids, etc) or any conditions where a physician believes the medical use of marijuana would outweigh the potential health risks.  If it passes, the Florida Department of Health will set up regulations for medical marijuana cards and treatment centers.

Oregon: Folks in the Beaver State are voting on full legalization this November. Oregon’s initiative will let anyone 21 & over to possess up to 8 ounces of weed and four plants. The measure would tax weed sales at 35$ per ounce and production and sales would be legalized and regulated by the Oregon Liquor Control Commission. Oregon tried to pass a legalization measure in but that measured failed. This measure however has more support, including support from the Drug Policy Alliance.

Washington D.C: Not a state, but the nation’s capital is still important. D.C.’s Initiative 71 will let anyone 21 & over 21 to possess up to two ounces of marijuana, keep six plants, and also give marijuana as a gift to other adults 21 & over. This initiative wouldn’t legalize sales because voters in D.C can’t deal with that issue.  D.C. recently decriminalized marijuana and that went into effect this past July, but supporters of legalization say it is not good enough. Many cities are also taking the lead by attempting to decriminalize marijuana.  For example, the city of Philadelphia is close to passing a measure that would have people stopped with less than 30 grams of marijuana, about one ounce, fined just $25. Also people caught using it in public will be fined $100 or be required to perform up to nine hours of community service.

*It is again important to note that these would only affect state law. Federal law prohibits marijuana but federal restrictions are also currently under review.

23 Responses to “The Ballot: Marijuana”