Inspired by the Put the Guns Down Rally 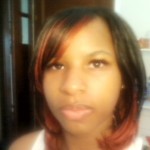 by Nikki Ratcliff, a CAV Volunteer.

The 6th annual Put the Guns Down Festival, sponsored by the Campaign Against Violence (a project of the WI League), was an inspiring experience for two very important reasons: 1.  it was a great way for the neighborhood kids to come out and enjoy their Sunday with positive activities, and 2. because I had the opportunity to be involved. I began working with C.A.V only one week prior to the event, so I was fairly new and didn’t have many details about it.  I was unaware of such festivities taking place in that area annually so I was excited to see the types of activities they had for the kids. After attending meetings and assisting with the set up, I was amazed by the level of cooperation, organization, and overall readiness of the team. I just knew it was going to be big.

On that following Sunday, the BIG DAY, I woke up excited. I arrived at the park (on time!) to help with set up. We had all of our volunteers and were ready to go. My friend Cidney and I were in charge of registration, along with some of the best volunteers anyone could ask for.  Around 11 o’clock the march started and people began to fill the park area. I saw an astonishing amount of children, teens, adults, and everyone in between having a great time, and it warmed my heart. I saw lines of kids over by the balloon and face painting area. I also saw a crowd surrounding the stage enjoying the sounds of DJ Willie Shakes and various local artists who had come out to put on the show. Not to mention the amazing food: hot dogs, hamburgers, baked beans, green beans, spaghetti, and potato salad, you don’t get free food like that at every event.  It spoke to me personally that I could witness this because I love to see the little ones having a great time and doing something positive. I rarely see that.  It kind of brought tears to my eyes.  Not only because the organization brought smiles to people’s faces but because I helped do it. I love seeing my people smile. With that being said I feel as though despite a few loose ends here and there, the 6th Annual Put the Guns Down Festival was a huge success!